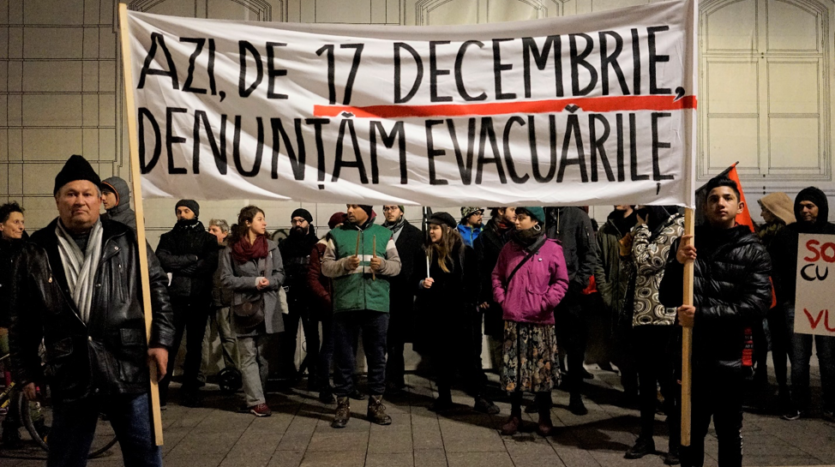 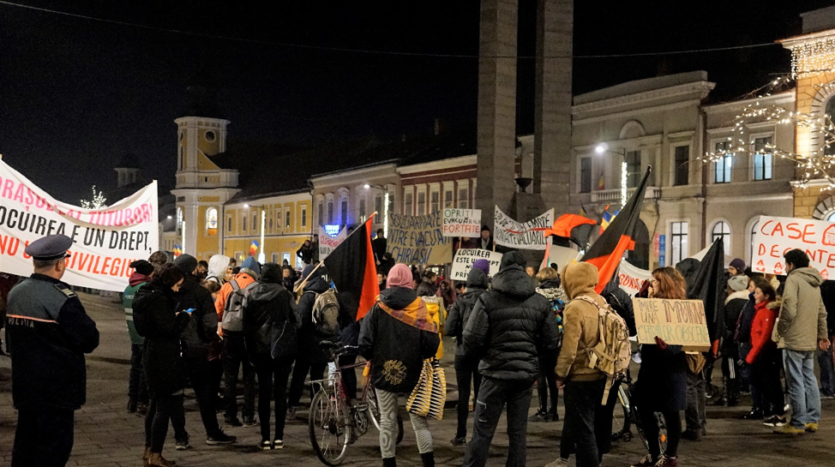 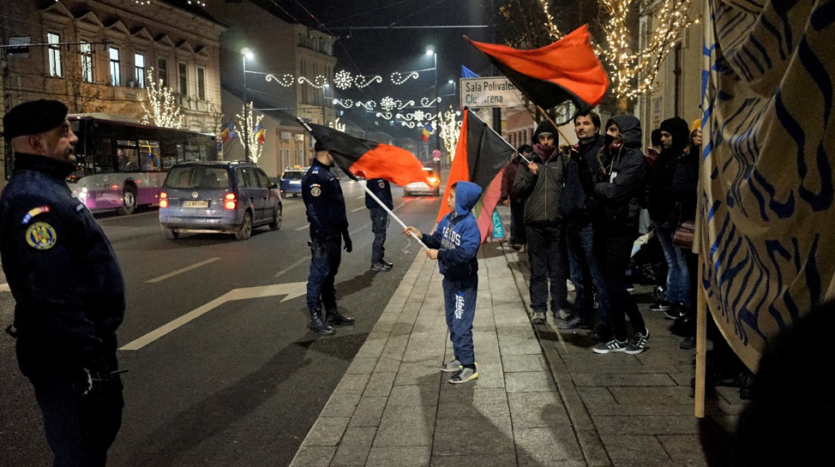 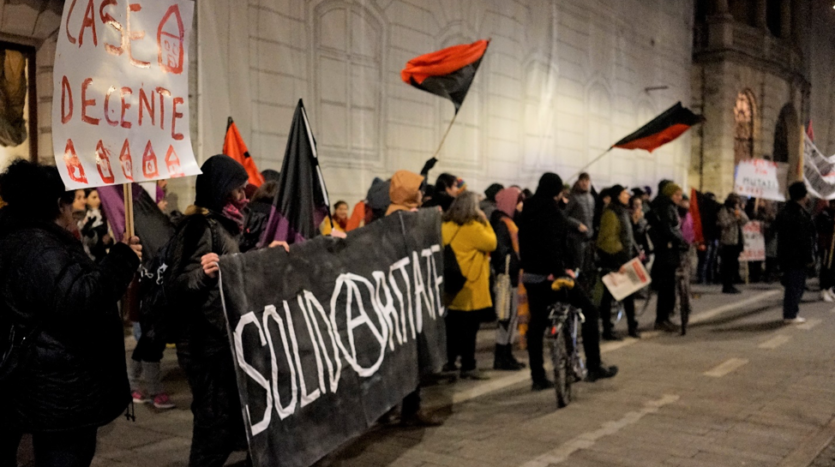 March for Tenants’ Rights and Against Evictions in Cluj-Napoca, Romania

Solidarity between tenants and evicted persons

In the city where the value of real estate transactions sharply increases every year, access to housing is becoming more and more restrictive. How many rental contracts are formally registered, how many homes are used or left empty for real estate speculation, how many homes are converted to Airbnb? Why is this data not presented by the public administration? Because real estate investors, agencies, banks and the city hall have formed a perfect alliance to dive deep into our pockets, those who produce and maintain this city. The very high rents displace people born and raised in Cluj, as well as those who want to start a life here. Today we see how the housing crisis, the drama of so many people, is presented with cynicism as a sign of the success and magnetism of a “5 star city”.

On December 17th, 2010, 350 people were forcibly evicted from Coastei street, a central area of Cluj, and displaced by the city hall near the landfill in Pata Rât. We commemorate the injustice of that day. Unfortunately, evictions did not end then. As the development of this city continues, the inhabited areas that are described as “forgotten in time” or “outdated” are and will be the investors’ objects for profit. And current inhabitants, regardless of their tenure, will not be the target of investments, on the contrary, they will be removed, if possible, to clear the space for new inhabitants with higher incomes.

Does the rent seem too high ? We agree! Let’s come together and take the streets!
December 17th is the Day Against Evictions. Evicted persons and tenants together we demand our rights in the city of crazy rents. We come as one against the extremely high rents! We commemorated 9 years since the forced displacing of 350 Roma people from Coastei Street in the vicinity of landfill. Solidarity against forced evictions! We meet at 6 pm on Bulevardul Eroilor at the bell where evicted people and tenants talked about their experiences and demands. At 6.30 PM we marched on Bulevardul Eroilor – Piața Avram Iancu – Bulevardul 21 December for:

We prayed for the disappearance of the housing market, we deplored the bitter living conditions in a famous university city, as well as reminded the larger public of the grave mass evictions that took place in this growing city.

At 7:30 pm we released the number 10 of Cărămida – the Newspaper of Housing Justice, on Moților street, opposite to the town hall.

“Affordable housing” and “social housing”: new ways of public housing privatization and financialization in Europe
THE FIGHT FOR RENT CONTROLS