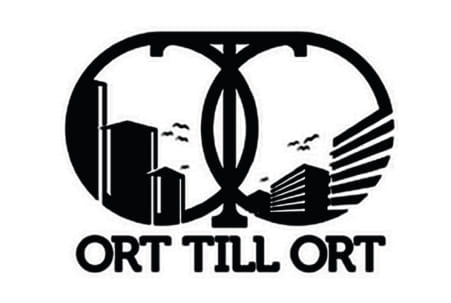 Ort till ort (English: Place to place/Hood to hood) is mainly based in Stockholm, Sweden, but has contacts with activists in other Swedish cities. Ort to Ort is a platform for individuals and groups who practice solidarity between struggles in different cities in metropolitan areas, in smaller cities and in rural areas. These places (in Swedish: ort) are characterized by growing sales of public housing, privatization and community service cuts. Ort till Ort (OTO) started its activities in the summer of 2015 when a number of conflicts flared up simultaneously on different sides of Stockholm and the need for exchange of experience and knowledge became apparent. The first conflict within which the “official” platform was used was the struggle of 35 families with children threatened by the eviction from the public housing company Svenska Bostäder in Tensta in the summer of 2015. OTO actively participates in conflicts but focuses also on building up an infrastructure for the exchange of knowledge and experience from place to place. In 2017 we have been working against evictions in Sundbyberg and Hagsätra (Stockholm). In both cases the residents have short-term contracts or other types of unsafe housing forms. In 2018 we have been organizing protests together with newly arrived migrants against housing policies forcing people out to the streets after two years. We see that landlords and property owners have found ways to circumvent the protection that is available to tenants to systematically replace their tenants (and gentrify) and that the most vulnerable groups when it comes to housing are: migrants, elderly, families with children and single-parent households. We also believe that it is important to spread the lessons we provide to others in similar situations. Therefore, we regularly organize meetings, workshops, film-screenings and panel discussions with people active in the fight against their landlords. We also work to spread perspectives and information from ongoing struggles and organizations through our website, a podcast, and other media channels. This is both for the purpose of forming public opinion and creating mutual assistance structures. OTO is not part of any political party and is not receiving funds from any organization or political party.