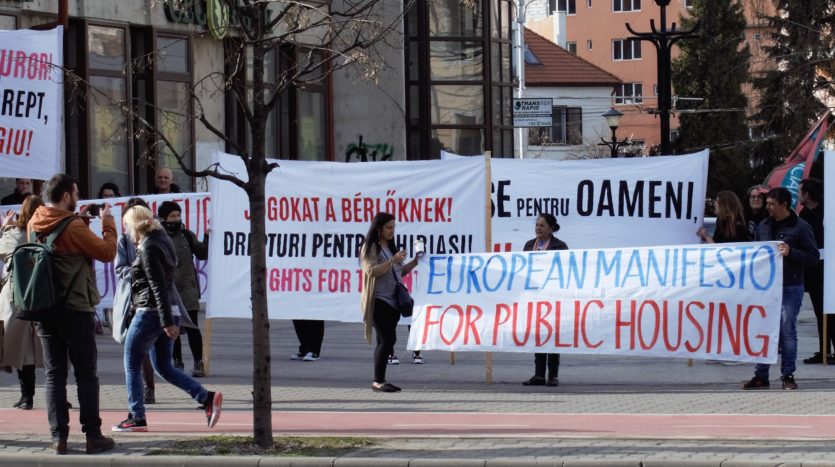 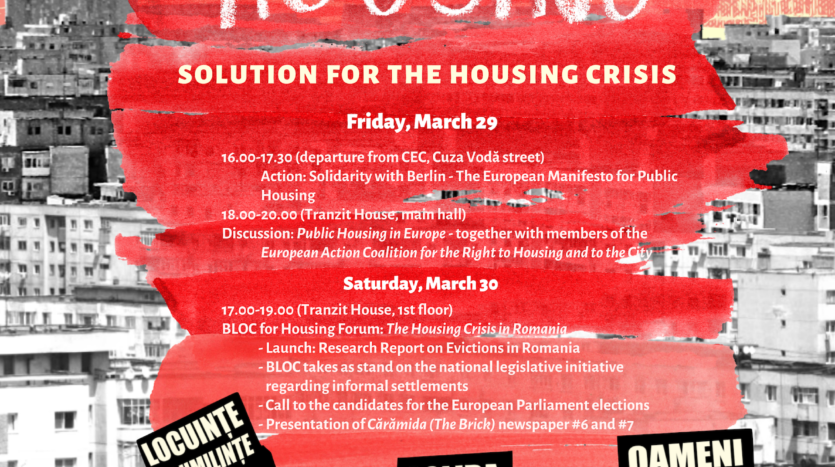 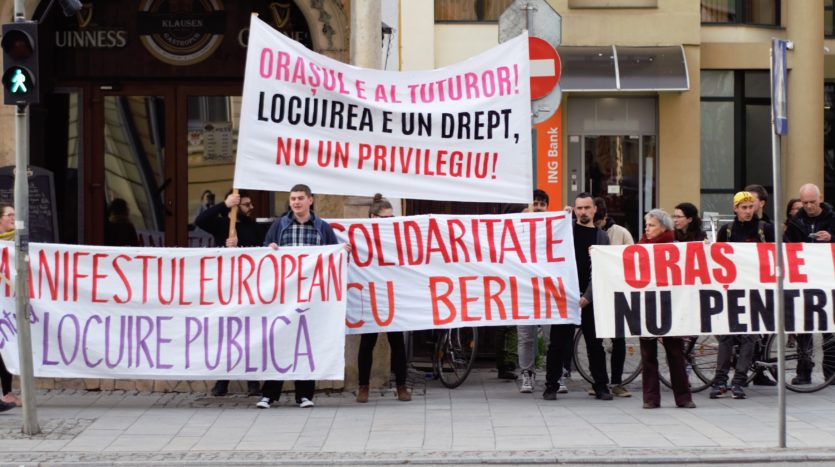 We, members of European Action Coalition for the Right to Housing and the City affirm:
housing is a human right, not a commodity
HOUSE IS HOME

But in capitalism, housing is a commodity and a financial asset. International institutions claim that the current housing crises should be solved by the market and by more deregulation in the domain of housing. Neoliberal policies insist that public money should be invested in the production of housing by the private sector. Real estate developments make high profits for the investors and banks, and don’t serve people’s housing needs.

In Greece we struggle with the lack of public housing policy, luck of protection of tenants and of indebted people who are under the risk of losing their houses through auctions and eviction.

In Portugal there is an enormous demand for public social housing, while rents rise and evictions that leave people homeless are supported by law.

In France we do not have sufficient public housing, the costs of housing including utilities are very high and many people are homeless or live in bad conditions.

In Ireland there is an enormous demand for public housing and due to neoliberal housing policies we struggle with the absence of programs for building public housing, evictions, poor tenant protection and a lack of regulation of homelessness services and large numbers of unused empty buildings and large numbers of Travellers and migrants, asylum seekers who have no right to housing.

In Romania housing is considered a merit and not a right, and the low incomes and high housing costs are depriving people from adequate homes, while housing development is almost exclusively made by the private sector.

In all of our countries, neoliberal market policies are dominating the politics and economics of housing, continue the enforcement of privatization of social housing and there is a long waiting list for public and social housing.

The European Action Coalition for the Right to Housing and the City asserts that the right to housing is a universal right!

WE MILITATE FOR A SYSTEM THAT ASSURES HOUSING FOR ALL!

We want a public housing stock that assures the right to housing for those who cannot afford a home from the market, and makes the fulfillment of the housing needs of low-income people a high priority!

We want to take out from the market as many buildings and as much land as possible.

We demand that national laws implement the provisions of international treaties on housing rights and on forbidding forced evictions.

We demand that central governments keep their responsibility towards the right to housing for all, in order to solve the problem at country level.

Our proposals include the following:

As grassroots movements in the Coalition

The European Action Coalition for the Right to Housing and the City expresses our solidarity with the alliance of activists and neighbourhood initiatives from Berlin that struggle against the #Mietenwahnsinn, one of the world’s fastest growing housing markets, and supports their radical proposals and demands.