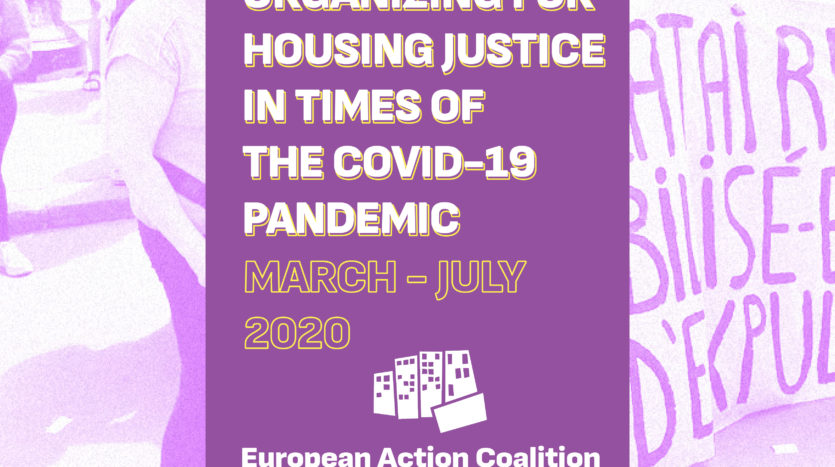 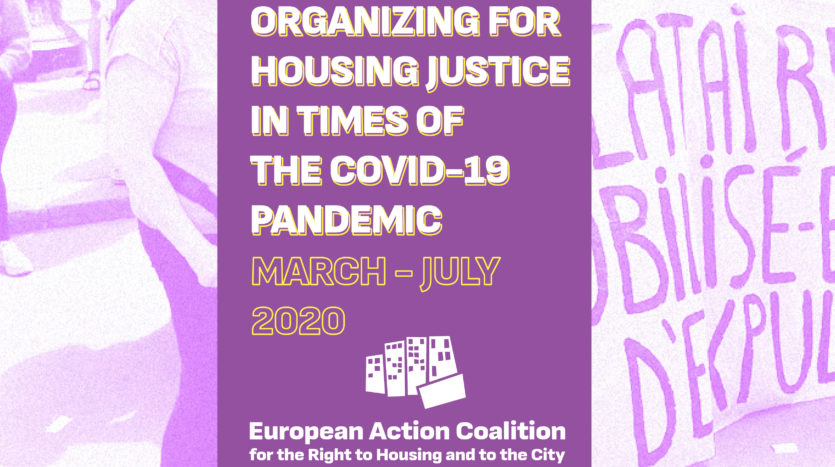 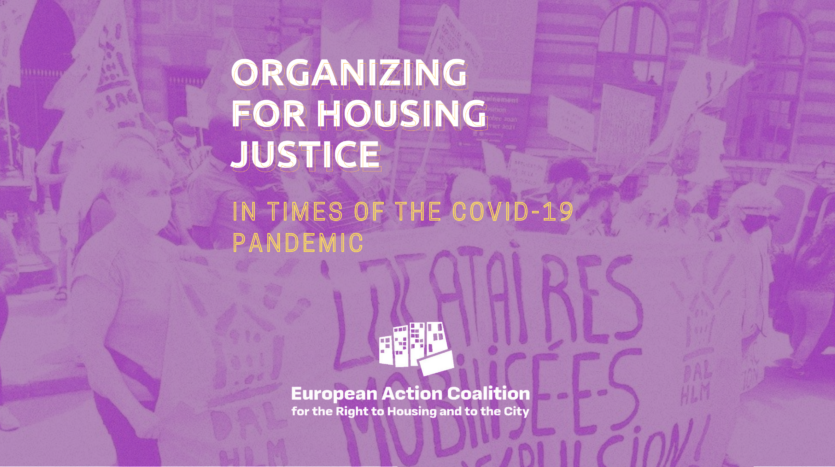 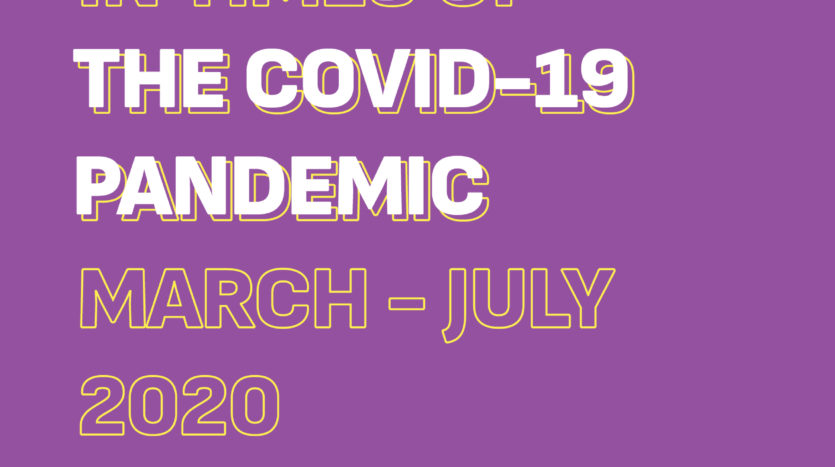 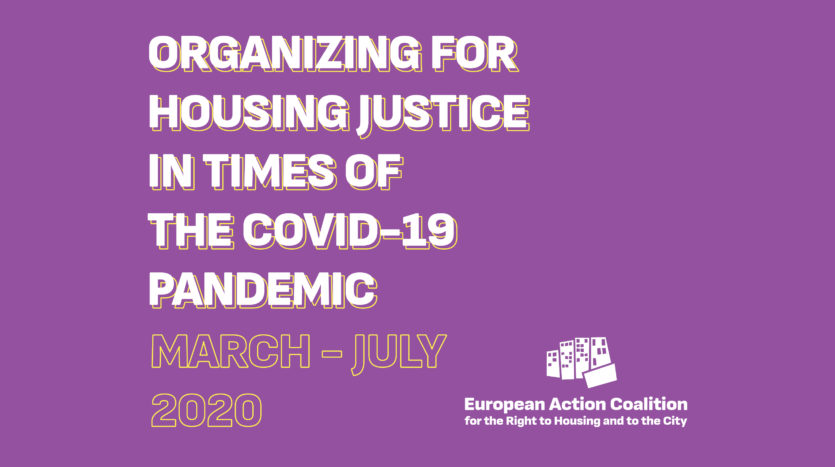 ﻿Organizing for housing justice in times of the Covid-19 pandemic

The period of March to June of 2020 has seen the rise of the health, social and financial crisis triggered by the COVID-19 pandemic. Social movements across the globe have organized in a swift and powerful response with campaigns, mutual aid networks and direct action. Housing movements on all continents have been integral to this. In fact, these past six months have meant a radicalization and growth of housing movements given how housing and the right to the city are intimately affected by the current crisis. We consider this to be a momentum for housing activists as networks across the world grew stronger and have advanced more international solidarity and organizing.

Consisting of a network of over 30 organizations in 20 countries, the European Action Coalition for the Right to Housing (EAC) represents a significant segment of the movement for housing justice on the European continent. Created in 2013, the EAC is a platform for the defence of the right to housing and to the city, opposing: the advance of neoliberal capitalism in all aspects of our lives, the destruction and commodification of public and social housing, the deregulation of the market, the privatization of space and services, the lack of public investment, the financialization of the systems of provision, and the real estate speculation going on in all the cities of Europe.

We are an anti-hierarchical, democratic and pluralistic platform, independent of any political party or religious belief. Our values demand the political, economic and social changes that could enable the realisation of decent housing for all. At the same time, we consider housing to be a basic resource intertwined with other urban and land resources that are increasingly privatized. Thus, in concurrence with reclaiming housing for all, we reclaim such resources as commons for all.

We also reclaim the right to participate in effective decision-making on the spaces and resources of our cities. We want environmental sustainability and the possibility for inhabitants’ connection with the countryside. We oppose all forms of oppression, and we see housing as an intersectional issue that affects people differently and disproportionately. Accordingly, our vision is based on anti-capitalist, anti-racist, anti-bordering and feminist struggles. At the same time, we strive for awareness of political geographic differences while we acknowledge that Europe is not a unified, uniform territory but abundant with structural asymmetries and inequalities.

For the past five months, the EAC’s member groups engaged in dozens of campaigns and mobilizations while also building up transnational solidarity and international action in the face of the current crises. This report looks at how the health, social and financial crisis ignited by the COVID-19 pandemic have affected housing conditions and the organizing for housing rights in the period of March-June 2020. While not being an exhaustive overview, this document reflects a great deal of both the abuses of power, worsening of housing conditions and the resistance organized by housing justice movements across the continent.

Manifesto for Housing Justice: Fighting the Pandemic of Capitalism and Racism
Tenant action against evictions by Orange Capital Partners